Client of the Month: Courteney and Orko 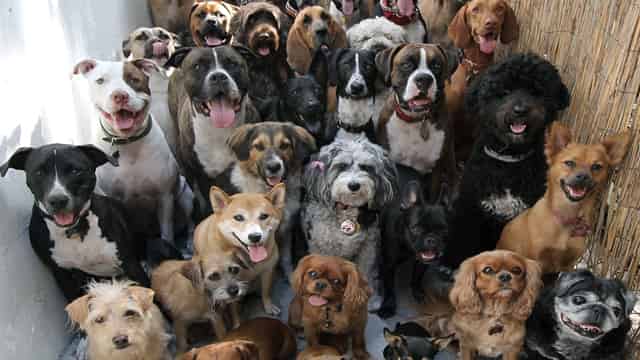 Client of the Month: Courteney and Orko

When Courteney realized that her travel-intensive job left her feeling homesick more often than not, she knew that she wanted a companion to keep her company. Her husband and 5 year old Pomeranian named Nucky simply couldn’t accompany Courteney during her busy travel schedule, but she missed them something fierce.

“I knew that I wanted to find a dog that could travel with me,” says Courteney. She worked hard to find a puppy who had the right temperament to even attempt handling a busy schedule, full of time in airports and hotels. “Once I met Orko,” says Courteney, “I knew she was an immediate winner. I loved her from the start.”

“I knew that since Orko would be traveling with me, that I needed to have her trained perfectly. I also knew the person to do that was not me,” says Courteney. After searching the internet and asking around, Dog Training Now came heavily recommended and Courteney called to get more information. “I spoke with Amy initially, and had such a great first impression. She was kind and a good listener; she knew exactly what I needed and gave me the information on the phone that I needed to make my decision,” says Courteney.

Courteney started with Puppy Preschool, and then decided to enroll 5 month old Orko in DTN’s Board and Train program. “She boarded with Nicole and trained with the whole staff during the day,” recalls Courteney. “Nicole was amazing. She worked so hard with Orko to make sure that she was very well socialized and ready for busy environments like airports.”

Courteney loved getting texts and pictures of Orko from Trainer Nicole during the Board and Train program. But Courteney was even more impressed with the training after Orko’s first travel experience.

“Orko was amazing during her first travel experience!,” gushes Courteney. “I was terrified, honestly. I didn’t know if what we had been working on at the studio and on our walks would translate to an airport, flight, and hotel. But it did!”

Orko was a perfect companion on her first flight, heeling through a busy parking lot while Courteney pulled a suitcase. Orko was a pro, staying close and following commands throughout the busy terminal and security lines. When it came time for the flight, Courteney pulled out a handkerchief on the floor of the plane and deemed it Orko’s place. Happily, Orko held her place during the entire flight.

“I was blown away by her good behavior, and I got so many compliments from airline staff and other travelers about Orko’s obedience. I’m so thankful that Dog Training Now helped to make this possible for us; I love having Orko with me as a piece of home when we travel together,” says Courteney. “These trainers – they are like family now.”

We love hearing stories like Courteney’s, and we are so happy that Orko has the tools she needs to be a traveling little lady. We can’t wait to see Orko’s older brother, Nucky, next month for his own training program.

Happy travels, Courteney and Orko! We are so grateful that we could be a part of your story!