The Most Common Potty Training Mistakes 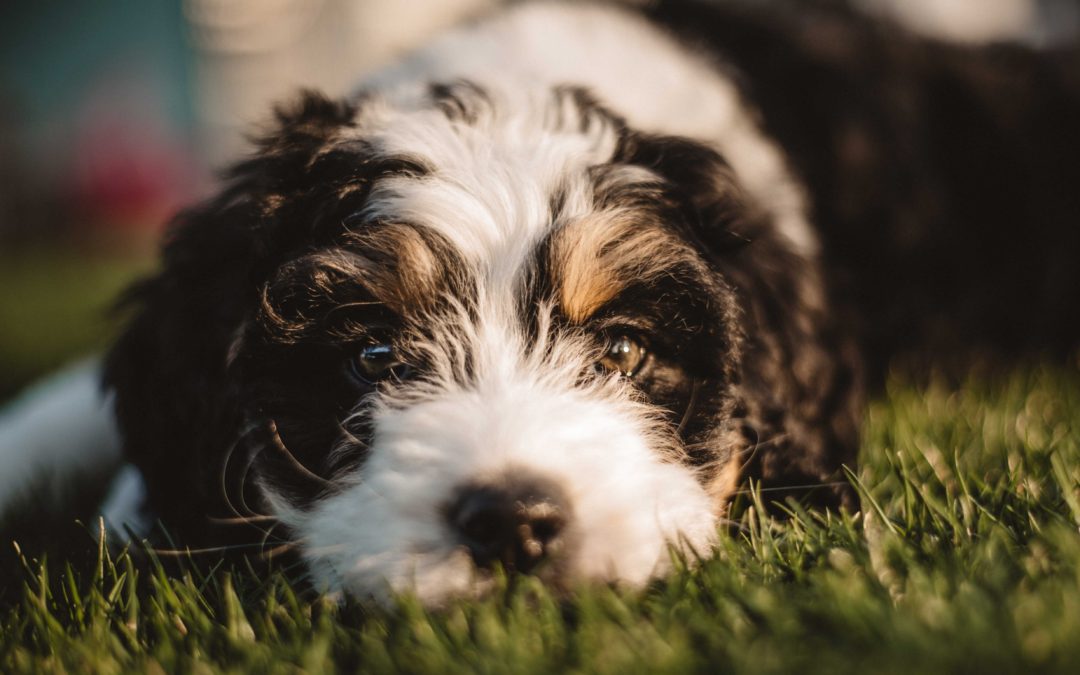 The single most common issue that dog owners reach out to us with is potty training.  It can certainly be one of the most frustrating habits to establish.  “I just got this adorable puppy and I want to love him, but he’s ruining my house!”.  Luckily, the staff at Dog Training Now have a tremendous amount of experience potty training pups, and we’re always happy to help.  While we have a program called Puppy Day Camp that is specifically designed just for potty training of young puppies, we’d like to discuss the 5 most common mistakes that dog owners make while trying to potty train their pups!

It’s the first instinct of the vast majority of puppy owners!  You bring your puppy home for the first time, you walk in the door, set him down, and let him go!  Why not, right?  It’s his house, right?  Wrong!  Giving a puppy too much freedom before he has earned it is the easiest way to set him up for potty failure and you for frustration.  Just because you know that he’s not allowed to potty inside, doesn’t mean your dog has any clue, so if he’s exploring your house and gets the urge, well why wouldn’t he just go where he stands because that’s most natural to him?

We strongly believe in a philosophy called “tethering”.  When your pup is in your house, he’s on the leash.  Yes, on the leash in your house!  And yes, before you ask, you do need to be holding the other end, even if it’s around your ankle!  The advantages of tethering are two-fold.  First, it forces your pup to be around you, so there’s an opportunity to build a strong bond.  Second, and more importantly, if your pup is always within 6 feet of you and you can always see him, you can catch him in the act of having an accident inside.  If you let him run free in the house, and you find a puddle later on, sorry, that’s your fault, and punishing the pup for a puddle you found will do nothing more than scare your dog.  However, if you’re able to catch him in the act of getting into the position, or even in the act of having an accident, you’ve got a teaching opportunity.  Just firmly but not aggressively repeat “No” and bring him quickly to where he’s supposed to go outside and then tell him to “go potty”.  He may have already finished relieving himself on your carpet before you got outside, but you still had the opportunity to help him understand that what he did was not allowed.  Even better, if he finishes outside, have a huge celebration with him!

“I don’t want to put my dog in a crate, that’s mean!”  This is a very common concern of puppy owners.  Our response to that is that it’s much meaner to spend your life frustrated and angry at your pup because he’s making a mess of your home.  That dog/owner bond is critical to a happy life, and nothing will disrupt that bond more than poor potty habits.

Dogs are den animals, so while you may not want to be in a crate, the same isn’t necessarily true of your puppy.  Having a cozy space of his own can be very comforting for dogs, and we recommend strongly to build a positive association with the crate from an early age.

But what does this have to do with potty training?  Easy, the crate can be your supervision while you’re not able to hold the leash.  While potty habits are still suspect, your puppy should live in two places: On the leash with you, or in an appropriately sized crate.  Nowhere else!

Many crates come with movable dividers that you can use to section off a portion of the crate and move it as your puppy grows.  We highly recommend this method!

Keeping the process simple for your puppy is the key to have good, strong, quick results.  This is why we strongly urge against the temptation to use “potty pads”.  There are myriad reasons for this.

First, you miss out on the opportunity to have a clear demarcation between where it’s acceptable to go potty and where it isn’t.  Inside versus outside.  The “it’s ok to pee in the house, but only in this situation” is just a bit more difficult for dogs to understand, so why make it harder?

Second, when you go somewhere with your pup, and you don’t have your potty pad, how is he going to know where he can go potty?  “Well this coat/towel/bedspread that happens to be on the floor looks different enough from the floor that it could be a place to go potty” he’ll think!

Third, who wants something gross like that in their house?!

The common retort that we get to that are “my dog is too small to go outside in the winter”.  We’re going to address that concern next!

Not Teaching the “Go Potty” Command

Many owners ask us “how will I know when my dog has to go potty?”.  The answer is fairly simple while he’s young.  He shouldn’t let you know, you should let him know when he’s being given the opportunity to go.

Our philosophy is simple:  We establish a schedule that your dog will be taken outside every X hours for a 3-5 minute trip outside that is ONLY for going potty.  How many hours between trips is dependent on your dog, and we start with frequent trips and then gradually challenge him to hold it longer.  We’re not going to be out there for 30 minutes waiting for him to finish sniffing and playing to finally decide to go potty, and even the smallest dog in the world can handle 5 minutes outside in our Chicago winters.  And yes, you’re going to be taking him outside, even if you have a fenced backyard, so get a coat!

This schedule is why we strongly recommend our Puppy Day Camp program for owners who might be otherwise forced to leave their dogs home alone for long periods of time.

At Dog Training now, we’ve got a tremendous amount of experience helping pups understand that we go potty outside!  We can be a great resource for you, to help strengthen that bond.  Don’t get frustrated, get help!

Our Puppy Day Camp program is for puppies between 8 and 16 weeks of age and focuses primarily on potty training and socialization with the other puppies.  We are happy to extend the upper age limit to 6 months if your pup is waiting on the start of an obedience training program.

The Potty Training Concentration is a great option for dogs over 6 months of age still struggling with potty training.  You can add this concentration to either our 12 or 24-Day Board and Train programs to end up with an amazingly obedient dog, who also is potty trained!  What a relief! (pun very much intended!)

Call or email us anytime to start!